A rich wife. For the year spouse Zubko earned 200 thousand more than her husband 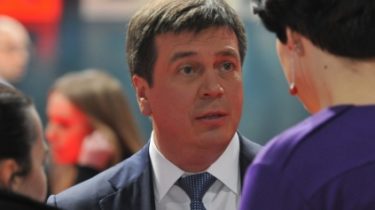 A rich wife. For the year spouse Zubko earned 200 thousand more than her husband

Vice Prime Minister of Ukraine and Minister of regional development, construction and housing and communal services of Ukraine Gennady Zubko in General earned for the 2015 911 089 UAH.

It is interesting that the Deputy Prime Minister Zubko has only VAZ 1989 and trailer “Bee” to him, then as an entrepreneur Lyudmila Zubko has a Toyota Rav4 2006.

In addition, Zubco declared that another two cars — a Mercedes Benz GL350 CDI 2013 BMW X6 2010 without cost, property rights to which are owned by PJSC “Zhitomir enclosing structures plant”.

It is noteworthy that the shares in the amount of UAH 756 481 from PAT GSOC has it wife teeth.

Spouses in common ownership with children have an apartment in 87,28 sq. m.

But that’s not all. Each of Zubkov owned luxury Swiss watches. If Gennady Zubko Ulysse Nardin “Marine Chronometr”, Lyudmila Zubko — Omega “Speedmaster”. However, the Declaration value none specified.