Declaration Zhebrivskyi: shares of the pharmaceutical company and its medical firm 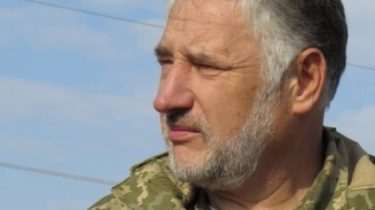 Declaration Zhebrivskyi: shares of the pharmaceutical company and its medical firm

The head of the Donetsk regional state administration published its e-statements.

This is stated in the Declaration.

Zhebrivskyi 591 owns a share of a foreign company F. I & P. Holdings Limited. This firm is a major shareholder of the pharmaceutical company “Farmak”, which is owned by the sister Zhebrivskyi.

In addition, the head of Donetsk regional state administration declared that 100% of corporate rights of private enterprise “Yan”, which is engaged in the manufacture of medical products. In 2015, the official received 321 thousand hryvnias of dividends for this company, his wife here earned 280 thousand UAH. Zhebrivskyi also received additional income of about 15 thousand hryvnias from the company “Farmak”.

As head of the zhebrivskyi Donoghue gained more than 94 thousand hryvnias, the General Prosecutor’s office, where he previously worked – about 83 thousand. During service in military units And 2076 he received about 9 thousand hryvnias.

Zhebrivskyi holds a 100 thousand dollars, and his wife was 65 thousand euros.

Of real estate the head of the Donetsk regional state administration pointed out four plots of land and a house. He drives a car VAZ 1993 release, and his wife on “Lexus” 2008 release.

Also zhebrivskyi declared jewelry wife with a total value of 81 thousand hryvnias and your Breguet value of 51 thousand UAH.