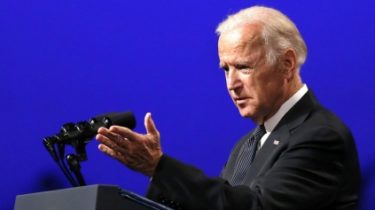 Earlier it was mentioned that the current Vice-President of the United States Joseph Biden, in case of victory Clinton to head the State Department.

VCE-President of the USA Joseph Biden is not going to stay on the job in the administration of U.S. President after the election.

“I will do everything I can to elect Hillary, but I don’t want to stay in the administration (government. – ed.), Biden said, noting that a formal proposal to take the post had received.

Media reported that the current Vice-President of the United States Joseph Biden, in case of victory Clinton to head the State Department.

See also: trump has offered to cancel the U.S. elections and just appoint him President

Note, Clinton and Biden participated in the electoral race of 2008, but both then lost to Barack Obama. Also Biden was also thinking to run this year.

Recall, the new sociological studies show that American voters two weeks before the election, giving much greater advantage to the candidate from Democrats Hillary Clintonthan to Republican Donald Trump. The gap in ratings reaches 13-14% in favour of the former Secretary of state, according to a study by the AP/GfK.