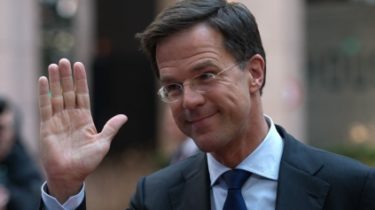 The Prime Minister is trying to find support in the Senate, where the government has no majority.

The Prime Minister of the Netherlands mark Rutte is trying to convince the opposition to support the ratification of the Association Agreement between Ukraine and the European Union.

This is with reference to the Dutch media writes UNIAN.

According to the media, while the Prime Minister is trying to find support in the Senate, where the government has no majority. Rutte is convinced that the Association Agreement EU – Ukraine should be ratified.

Prime Minister of the Netherlands stressed that the decision to block agreement will be presented, if we fail find a compromise with the Parliament. “In the national interest, I call reasonable force in the Netherlands to support a possible decision. This cry from the heart I am deeply convinced that the Netherlands will make a big mistake if you pick this process”, – quotes the speech Rutte NU.nl.

Rutte hopes in the coming days to persuade the opposition to support an Agreement.

The outcome of the vote depends on the support of the opposition and he called on opposition parties to help him. “Our European unity is the best response to the foreign policy of Russia, which leads to instability at the EU borders, in Crimea and Syria, where hundreds of thousands of innocent people trapped in Aleppo,” he said. According to him, the rejection of ratification of the agreement will increase the instability in the region.

The Prime Minister reminded that the deadline for the announcement of the decision of the government on 1 November.

“It’s not just about the Netherlands. We are part of the broader international community acting as one front for the sake of stability on our borders against aggression,” Reuters quoted Dutch Prime Minister.

See also: Klimkin went to the Netherlands to complete the ratification of the Association Agreement between Ukraine and the EU

We will remind, earlier Verkhovna Rada of Ukraine adopted the decision on the appeal to the countries of the European Union with a request to complete the ratification of the Association Agreement with the EU.