“Homeless”, he declared know-how “Black men” and a collection of knives 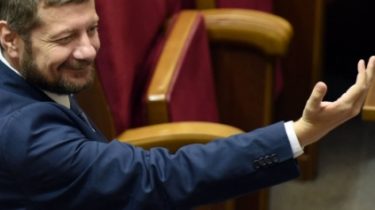 “Homeless”, he declared know-how “Black men” and a collection of knives

The Deputy did not trust banks and keep their savings only in cash.

MP from the Radical party Igor Mosiychuk has no real estate, but has a collection of antique bladed weapons and the right of ownership to know-how – the name of the unit of volunteers “Black men”.

This is stated in his Declaration for 2015.

He also has two icons of the 18th century and five paintings. In addition, he wears a Swiss watch brand “Roger Dubui”.

In 2015 he received the salary of the Deputy in the amount of UAH 58 777, another 85 559 UAH – funds provided for ensuring Deputy activity. Income from the alienation of movable property amounted to 149 thousand UAH.

The Deputy keeps his money in cash only: 183 thousands of $ 145 thousand euros and 780 thousand hryvnias.