Militants fired Water from 152-mm artillery, and Luhansk – from APCS 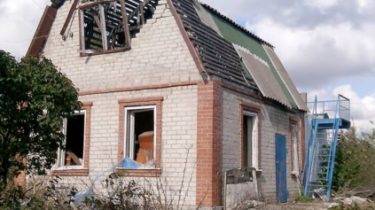 Militants fired Water from 152-mm artillery, and Luhansk – from APCS

On Sunday, the separatists 34 times violated the ceasefire in the ATO zone.

Sunday, October 30, the militants of illegal armed groups 34 times opened fire on positions of Ukrainian military in the Donbass.

This is stated in the summary of the headquarters ATO, as of 18:00.

Most of the attacks – 20 – occurred at the Mariupol direction. Near Marinka and Starohnativka fighters fired machine guns, rocket-propelled grenades and small arms. On VSU positions near Pavlopil and Pavlovka attacks the terrorists were hit with mortars caliber 82 mm. Near Shirokino, the enemy fired from both calibers of mortars and anti-tank missiles.

On Donetsk the direction recorded 10 violations of the regime of silence. Near Lugansk militants opened fire from APCS, on Water fighters beat from artillery 152 caliber, and in Avdiivka, Butovka mine and Zaitzevia used 82-mm mortars, grenade launchers, machine guns and small arms.

At the direction of Lugansk, the separatists have resorted to four armed provocations. In the Crimean militants fired from small arms, in Trinity – mortars caliber 82 mm and 120 mm, rocket-propelled grenades and machine guns, and in Kalynove-He used artillery caliber of 122.

The OSCE mission confirmed that Russia supplies to the Donbass and military equipment. The facts of crossing the border, military equipment, recorded over a week ago, was announced at a meeting of the Council of the OSCE yesterday. For last days fighters beat on positions of Ukrainian military more than fifty times. Marinka, Krasnogorovka and Shirokino fired from mortars, grenade launchers and BMP.