Without their own housing, but with money. The former leader of Azov Biletskiy issued the Declaration 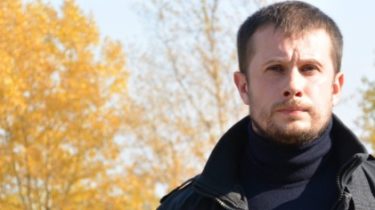 Without their own housing, but with money. The former leader of Azov Biletskiy issued the Declaration

In the Declaration of the MP only salary and cash in dollars.

The former commander of the regiment “Azov” the National guard of Ukraine and the Deputy of 8-th convocation Andrey Biletsky declared for 2015 only salary and 5 thousand dollars.

So, for the year Bielecki received the salary of a 58 990 UAH, stated in his Declaration.

See also: No apartment, no car: Garden announced its Declaration

The MP also declared apartment of 79.5 m2, however, it belongs not to him but Julia Biletsky, the wife of the MP. According to information in the published document, she bought it at the end of January 2015.

Also read: Nearly $ 160 million in cash and a collection of gold watches. E-the Declaration of the mayor of Odessa, Trukhanov

We will remind, another Deputy Igor Mosiychuk, also does not have its own housing. However, he owns a collection of antique weapons and two cars.