“Free” concerts for budget money: who is of Ukrainian “stars” have received thousands of fees 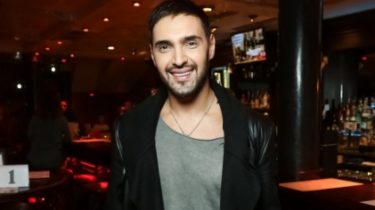 “Free” concerts for budget money: who is of Ukrainian “stars” have received thousands of fees

The highest total amount for the organization of events paid companies of the Mariupol city Council.

“Prozora” published the first data about the “free” concerts this fall, paid for with the funds of local budgets, “uz”, report “Our money”.

It turned out that the greatest amount of music industry representatives in the amount of 640 thousand UAH get a Ukrainian composer Volodymyr Bystryakov FLP: branch “Center service support”, PJSC “Ukrainian Railways” ordered the organization of celebration of Day of the railwayman on 3 November in Kiev. Bystryakov will be leading the concert, during which the scheduled performances Antonina Matvienko, Victor Pavlik, Garik Krichevsky, Peter Black and other singers and groups. The amount of artists ‘ fees is not specified.

It is noted that the highest fee in one hand received FLP Tina Karol. The Department of humanitarian policy of the city Council of the Dnieper, paid her 551 thousand UAH for performance during the celebration of city Day in September, and the Department of humanitarian Affairs Kamensky Council for a 45-minute concert of Natalia Mogilev to the Day of this city paid her of 98.4 thousand UAH.

The highest total amount for the organization of concerts paid companies of the Mariupol city Council, which signed a number of agreements with OOO “Navy Event Groups” on 1,06 million grn: presentation Gaitana cost of 199,9 thousand UAH, the group “Skay” – 192 thousand UAH, and two concerts of the group “Neangely” – 160 thousand UAH. each. Each of the transactions by individual artist did not exceed 200 thousand UAH, that allowed not to hold a public auction, limiting the conclusion of direct agreements with the Kiev company, recorded on donchano Pauline Doronin and Natalia Utkin. The Director of “Navy Event Group” is Dmitry Gavrilov.

The celebration of the 445-th anniversary of the founding of Kremenchug and the anniversary of liberation from Nazi invaders of the communal organization and management of culture and tourism of Kremenchug city Council, Poltava region spent 122,9 million, 106 thousand and 103.1 thousand UAH – they are going to list FLP Sergey Mikhailik for organizing concerts. The documentation in the “Prozora”, does not specify what actors should act. However it is known that in Nikolaev on the city Day gave concerts star Olya Polyakova, TNMK and Alekseev.

See also: a Tuple of the Gelandewagen and the concert of Tina Karol: disclosed details of the mysterious wedding Odessa