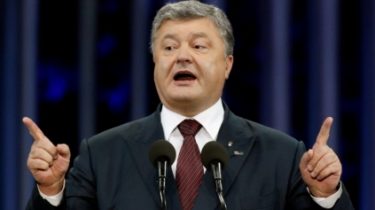 In the sanctions list – 682 individuals and 271 enterprise and organization.

Only today, October 31, entered into force a new advanced anti-Russian sanctions, the decree on the introduction of the President of Ukraine Petro Poroshenko has signed a fortnight ago, 17 Oct.

On the website of the Verkhovna Rada in the card to the decree of the President of Ukraine №467/2016 “On the decision of the Council of national security and defense of Ukraine of September 16, 2016 “On the use of personal special economic and other restrictive measures (sanctions),” stated that the document was signed on 17 October 2016, and takes effect only on October 31.

We will remind, sanctions against those involved in the annexation of Crimea and war in Donbas extended and expanded for another year. Most of the sanctions affect Russian citizens and enterprises. In the sanctions list – 682 individuals and 271 enterprise and organization.

Full list of Ukraine sanctions against natural and legal persons: