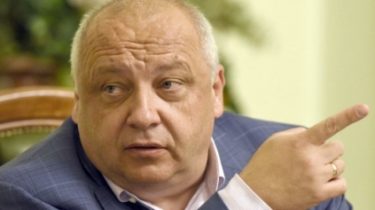 Hryniv in their Declaration pointed out that there is cash $ 210 thousand.

The deputies keep their finances in cash because they don’t trust the banking system. This was stated by the head of the BPP Igor gryniv on Monday on the sidelines of the Parliament, reports Ukrainian Pravda.

He also complained about the coverage of e-Declaration.

Read also: Expensive cars and an estate, the media checked the status of the initiator of the amendments to the law on electronic Declaration

“Such bullying… If it looked good with transparency – I’m ready to be completely transparent. But if this baiting is just not interested,” – said the Deputy.

Hryniv in their Declaration pointed out that there is cash $ 210 thousand, and the Bank keeps 300 thousand hryvnias. His wife, meanwhile, keeps cash 30 thousand dollars.

Earlier it was reported that the database of the National Agency for prevention of corruption as on the morning of 31 October, no electronic Declaration of the seven deputies. The rest of the 416 parliamentarians reported on time.