The deputies admitted mistake and will cancel the increase of salaries 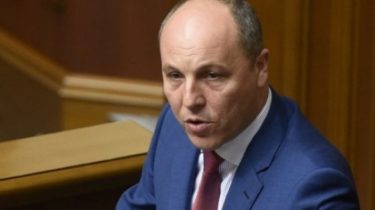 The deputies admitted mistake and will cancel the increase of salaries

For a decision want to vote tomorrow, November 1.

The speaker of Parliament Andriy Parubiy says that the faction leaders in favour of lifting the wages of the deputies.

This paruby said at the conciliatory Council, reports “Ukrainian truth”.

“Today we met with the leaders of the factions. Agreed that the decision on increase of salaries to deputies need to change… the Decision to increase salaries was wrong. But we show that they can admit mistakes and quick to respond,” he said.

In turn, the leader of the faction “people’s Front” Maxim Burbak stated that this issue will be voted on Tuesday.

“Tomorrow we must vote this resolution… this will be fixed”, he added.

Bourbaki called on journalists “to stop speculation”, and also to check exactly who “was the driving force behind” this decision.

See also: Parubiy assured that the salaries of MPs will not increase

Recall that the increase in parliamentary salaries will cost the Ukrainian budget in a quarter of a billion. Not all MPs could accept responsibility for voting for the resolution on twofold increase of their wages. Many of the deputies explained that in General voted for the draft budget for the next year and didn’t really get a grasp of the documents.

Prime Minister of Ukraine noted that the decision to increase fees had to negotiate with the government, because it involves amendments to the state budget. Last Friday, the Parliament adopted the first reading of the budget by 2017 without changes to parliamentary salaries. Now the document is under revision in the Cabinet.