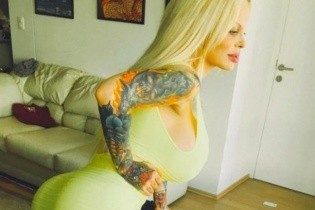 According to her, she may start the gangrene.

So, the star of Mexican TV revealed that her implants are decomposed inside of her buttocks, which can cause gangrene.

“I can’t walk in high heels, and I can’t do exercise”, she added.

39-year-old Sabrina has already gone through nearly 60 cosmetic surgery procedures that generally are worth more than 800 thousand pounds.

“These implants acted for about seven years, when they must operate for 20 years,” said Sabrina.