Fiat plans to withdraw in North America with 90 thousand cars 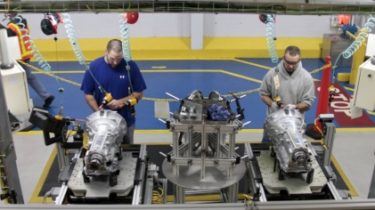 Fiat plans to withdraw in North America with 90 thousand cars

The automaker has taken this decision due to two identified problems.

In particular, the company is Recalling about 35 thousand SUVs Dodge models Durango and Jeep Grand Cherokee in connection with a possible fuel leak.

However, it is assumed that the problem could affect a total of about 30 cars, and repair will be performed in the salons of dealers.

In addition, the FCA recommends that owners of about 54 thousand of small cars Dodge Dart to return them to dealers for repair due to possible power surges in the mechanism governing the operation of the wipers on the windshield. This can lead to short circuit and malfunction of wipers.

We will remind, in the US, Audi filed in the court of a class action lawsuit on behalf of more than 100 thousand owners of cars of this brand. The suit was sent on 9 November in Federal court in Chicago.

The plaintiffs accuse the unit of the Volkswagen Group to install on a diesel car, and six models with a gasoline engine of software that improves the environmental performance exhausts.