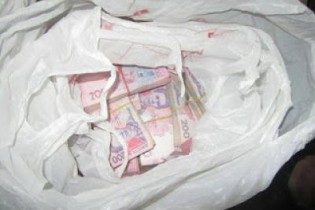 The driver found two packages with notes of 200 UAH.

Employees of the Public border service detained a man at a checkpoint “Gnutova”, who tried to carry on the temporarily occupied territory of almost two million in cash.

Subsequently, it was found that this 35-year-old resident of Makiivka,a citizen of Ukraine, the press service of the Ministry. The man was driving the car “Audi”.

See photos: Starter packs, recharge mobile phones and cigarettes. In the area of anti-terrorist operation detained the goods in millions of hryvnias

“Based on the risk analysis, the vehicle is sent to an in-depth inspection. As a result, in the trunk of the car, the guards found two bags filled with banknotes in denomination of 200 UAH, and accessories for computer engineering”, – stated in the message.

The driver said that the package was 1.7 million UAH.

We will remind, in September, control point of entry/exit “Gnutova”, which is the demarcation line between the ATO forces and militants, the border guards together with customs officers detained a resident of Mariupol, who was trying to get to terrorists controlled territory.

He seized more than 540 thousand of Russian roubles, more than 5 thousand dollars and almost 6 thousand UAH.