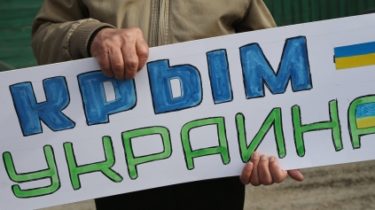 They were selected during the illegal elections in the Peninsula.

Switzerland contributed to the sanctions list the names of six persons who were elected deputies of the illegitimate state Duma during the unrecognized elections in the Crimea.

This is stated in the message of the State Secretariat for economic Affairs of Switzerland.

“November 17, 2016 Federal Department of economic Affairs, education and research (EAER) has changed the list of persons annexed to the Ordinance on measures to prevent the circumvention of international sanctions connected with the situation in Ukraine”, – quotes the decision “UKRINFORM”.

See also: Obama and EU leaders will discuss the extension of sanctions against Russia – Reuters

The measures came into force as of the date of this document.

Earlier, the EU added to the list of persons and companies against whom there are restrictive measures, six deputies of the illegitimate state Duma of the Russian Federation, selected during the unrecognized elections in the occupied Crimea. Later , the US also imposed sanctions against six people, who were elected to the state Duma of the Russian Federation from the occupied Crimea.

The United States imposed new sanctions against Russian parliamentarians, elected in the Crimea