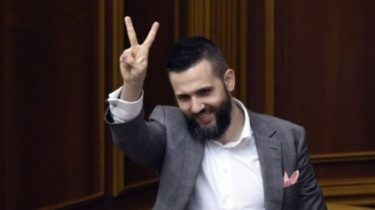 The Ministry he works for over a year.

Today, November 18, at an extraordinary meeting of the Cabinet appointed Maxim Nefedov , the first Deputy Minister of economic development and trade. Prior to that, he was just a Deputy Minister.

“Maxim works in the Ministry of economic development and trade of Ukraine is more responsible for reforms in public procurement system, public e-procurement ProZorro, technical regulation, standardization, deregulation, and other important areas. We are grateful to Yulia Kovaliv for the productive cooperation with our team and we wish them every success in their new job. And Maxim Nefedov congratulations on your new step in your career and wish new professional achievements and outstanding achievements in work”, – wrote in Facebook direct chief Nefedov, the Minister of economic development, Stepan Kubiv.

Recall, Nefedov came the Ministry at the command of the then Minister Aivaras Abromavicius. When he after a series of scandals, resigned, followed immediately wanted to quit, and his first assistant Yulia Kovaliv. However, remained in the post until the autumn.