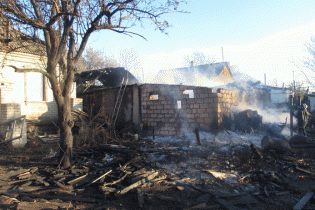 One Ukrainian military wounded in ATO area during the day

In the zone of the antiterrorist operation in the Donbas over the past day one Ukrainian soldier was wounded, no fatalities, said the speaker of the Ministry of defense of Ukraine on ATO Andrei Lysenko.

“During the day as a result of active hostilities no Ukrainian military was killed, one soldier was wounded in Donetsk region in the settlement Troitskoe during attack”, – he said at a briefing in Kiev on Saturday.

Read also: Militants again fired at the military from tanks

According to Lysenko, the direction of Lugansk recorded 9 attacks, 1 of them with heavy weapons.

“At the Lugansk direction broke the silence in almost all of the front line, the enemy used small arms. Long attacks happened in the Village of Lugansk. Note that there the enemy has deployed snipers”, – he said.

On the Donetsk direction the enemy were 6 attacks, half of the heavy weapons. The fighting took place in Luhansk, Avdeyevka and the surrounding area. “In both stages there were a number of enemy mortar fire. Our positions were issued more than 80 min of a different caliber. Ukrainian troops were forced to open fire in response,” – said the speaker of the defense Ministry, stressing that in all cases, militants violated the silence regime in the dark .

See also: In the ATO zone, the border guards have intercepted a car with nearly 2 million UAH

On the Mariupol direction fighters more than 4 hours were shelling of Krasnohorivka heavy weapons: mortars and howitzers, with the result that near the entrance of the house a woman was wounded.

In the area from Pavlopol, Shirokino, according to the speaker of the defense Ministry, the situation remains very difficult. In Shirokino, there have been three powerful tank shelling of Ukrainian positions by militants, which was not observed for a long time. In addition, enemy mortars and infantry fighting vehicles opened fire on positions of Ukrainian military near Dokuchayevsk.

Just Mariupol direction, according to Lysenko, was recorded 31 the shelling by illegal armed groups, 18 of them with heavy weapons.

See also: Exactly on target. The expert has shared details of the secret trials of Ukrainian missiles

Also in response to a reporter’s question Lysenko said that the Ukrainian military are monitoring the situation across the front line, including in the direction of Mariupol, and are ready to respond to possible build-up of enemy forces on the front line. “Depending on the accumulation of forces, it is possible to pull reserves, once the decision on the application for more of our forces. In order that the enemy never had a chance to break through our defenses. Therefore, any accumulation or attempts to violate the peace we are ready to meet the enemy,” – said the speaker of the defense Ministry.

In addition, in response to a reporter’s question that according to SMM OSCE Ukrainian-Russian border was crossed by about 30 thousand man “in military uniform”, Lysenko reported that the number of people that the Ukrainian side also captures – ” this is the number for a few months.” According to him, the movement of people associated with the resupply of combat units of illegal armed groups, “every day will make a loss” and with the rotation of the Russian military.