Candidates for the team of trump and the situation in Aleppo. Five things you might oversleep 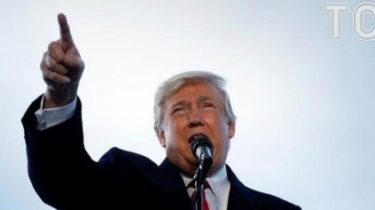 Candidates for the team of trump and the situation in Aleppo. Five things you might oversleep

1.Trump is considering several candidates for the post of head of the Pentagon. Read more→

2. In the Eastern Syrian city of Aleppo, the militants dispersed a rally of civilians from the gun and mined all the approaches to the checkpoint in the Bustan al-Qasr. Read more→

3. President Barack Obama declined to answer the question of whether he is ready to pardon former employee of the national security Agency Edward Snowden, who told the journalists about the secret programs of U.S. intelligence. Read more→

4. The world health organization declared the end of emergency rule, imposed in February because of an outbreak of zika virus. Read more→

5. The President’s administration has been called in for questioning on November 29, Petro Poroshenko in the case of crimes against activists Bromide in January-February 2014. Read more→