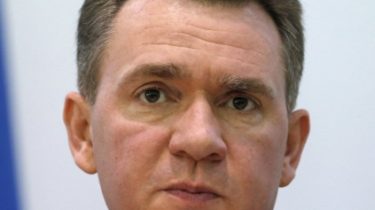 Holodnitsky argues that in the case of “black accounting” lacks convincing arguments.

Specialized antikorruptsionnye the Prosecutor’s office checks the four possible receipt of funds from the “black funds” of the Party of regions , Chairman of the CEC Mikhail Okhendovsky.

This was announced by the head of SAP Nazar Golodnitsky in an interview with the weekly “mirror of the week. Ukraine”.

Commenting on previously announced ZN.UA the information that the detectives NAB has established receiving Stations $ 15 thousand from the Party of regions, Holodnitsky said: “given the NAB Victor Trepak the documents we are talking about granting the subject O funds for reimbursement of costs associated with a trip abroad as a member of the CEC. Checked four of the fact of possible receipt of funds, which total 16 734 USD. USA. Therefore, any payment to 15 thousand dollars. there is no way and no stated ZN.UA the perfect coincidence of these facts with the movement of funds in Bank accounts g-O “.

See also: Chornovil told, where there was a “black cash”, ETC., and the expert little evidence

According to Golodnitsky, certain cash receipts to the relevant date occurred, however, a perfect match for any of the stations received amounts could not be established.

“Yes, indeed, certain remittances on account of that person in the appropriate dates took place. But again, perfect match to any of these amounts we have not yet traced, and consequently, it imposes on the Prosecutor the burden of proving that it is the money. The work is done, and I have to note that the disclosure of this information in print is not exactly helpful to the investigation “, – concluded the Prosecutor.

Also, the head of SAP said that in the anti-corruption Prosecutor’s office has no grounds for declaring suspicions to other persons on the episode of illegal cash payments from shady offices of the Party of regions American political strategist manufactu the Floor. Over the past three months investigating the episode illegally obtaining Monforton funds from the Party of regions has not progressed, and the identity of the person painted in the “barn book “, ETC. for receiving money supposedly for Manafort, the experts could not be established.

Read also: Moskal told where he was kidnapped “black budget” of the Party of regions

And anyway, according to Golodnitsky, in the case of “black accounting” PR lacks convincing arguments.

“We need convincing arguments. Likes in Facebook, even if they are thousands, is not a convincing argument: we have to go to court and the facts. Understand. I, as a citizen of Ukraine, also waiting for the results, but they must be supported by facts and evidence, gathered in the complex, and not just taken out of context. Since we are aware of who you are dealing with in the courts, the defense is quite strong there. And to go, sorry, to ridicule… and Then we hear that the court was probably corrupt. And then the Prosecutor will be bad, he agreed to a suspicion, agreed with the detectives collected evidence, ” said Holodnitsky in response to the question about delaying the case.