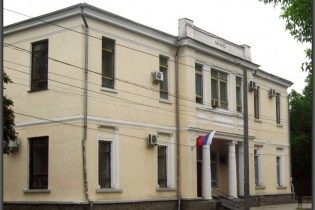 It is reported RIA Novosti with reference to the message “the Kiev district court of Sevastopol”.

The Russian Agency said that one of them is that “the Colonel of the Main intelligence service of Ukraine” Alexey stogny, and the second “Ukrainian officer” Gleb Shabliy.

Both were arrested last week, however, it has become known only on Monday.

The hearing was held behind closed doors. The detainee elected a measure of restraint in the form of arrest for 2 months. The occupants allegedly established contact with the three detainees previously detained Ukrainians.

“All five detainees are members of one of the subversive group, which operates in Sevastopol,” – said the Agency interlocutor.

Recall, 10 August the Federal security service of the Russian Federation stated about the prevention in the occupied Crimea terrorist actsthat were allegedly prepared by the Main intelligence Department of the Ministry of defense of Ukraine.