In Makeyevka militants ACS established between the houses. People are hiding in basements 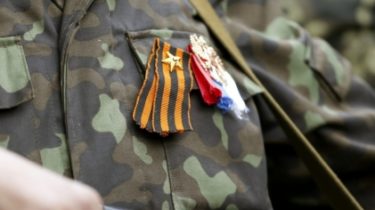 In Makeyevka militants ACS established between the houses. People are hiding in basements

At the same time, local residents are afraid to protest.

In Makeyevka, local residents said on militants of the self-propelled artillery units (SAU) in a residential area and shooting in the direction of the industrial zone of the Town.

This was reported by eyewitnesses from Makeyevka, reports UKRINFORM.

See also: How much does Kadrovik militants in the Donbas. Intercepted telephone conversation

“We have in the Krasnogvardeisky district of Makeyevka, in the village of mine 8-8 BIS, fighters right between the five-story building, 30 meters from the houses, mounted a gun mount of the destroyer and fired in the direction of the industrial zone of the city of Avdeevki”, – said the residents who live in neighboring houses occupied village.

According to them, people are afraid to Express protest against the actions of the militants, and it remains to descend into the basements of the houses to save their lives and their children.

Earlier in the headquarters of the ATO reported a reduction of attacks from terrorists. So, for November 20, the Donbas militants 15 times opened fire on positions of Ukrainian military.