On the Maidan in the morning looking for explosives 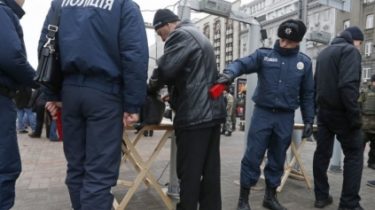 On the Maidan in the morning looking for explosives

Several times the guards had to strain because of the findings.

In the center of Kiev this morning found suspicious things. Near Kyiv city state administration, the law enforcers stopped to check the man in whom at itself found a suspicious black bag and the cardboard box stated in the story TSN.19:30.

The area was cordoned off by law enforcers, and the package was neutralized, using a special robot. Subsequently, explosive service reported that the package contents do not pose a threat. Also, the Bank on Independence square, the police found covered with stones the subject similar to the explosive. After checking the bomb squad was assured that this discovery is not a threat. “This is someone’s lost or abandoned, discarded thing”, – said the head of the relevant Alexander Kutovoy.

Recall, TSN.ia conducts live text commentary from the third anniversary of the outbreak of the revolution of dignity.