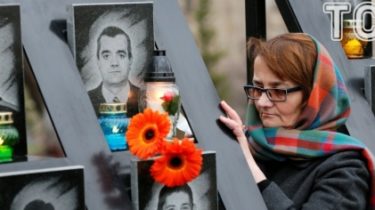 Funds for construction will be to collect the charity.

In honor of Euromaidan activists in Kiev will house the Museum of the revolution of dignity. This was stated by President of Ukraine Petro Poroshenko.

The head of state stressed that initiated and sponsored the first Fund to raise funds for the construction of the Museum.

See also: Anniversary of the revolution of dignity. A text stream

“Today marks three years since the first group of unconquered stepped out into the cold granite in the centre of the capital. Their demands were concise – to sign the Association Agreement with the European Union and not to block the natural movement of Ukraine to Europe. That is why the Maidan was named European. Act as the initiator and first donor to create a charitable Foundation to raise funds for the construction of the Museum of the revolution of dignity,” said Poroshenko.

The memorial and Museum should be set on the alley of Heroes Heavenly hundreds in Kiev center.

We will remind, On the Maidan Nezalezhnosti today, 21 November, will remember the beginning of the revolution of dignity. Khreschatyk and adjacent streets were closed from six in the morning.

The order will be watching 6 thousand security forces.