The lawyer said, when unable to release his son Cemil 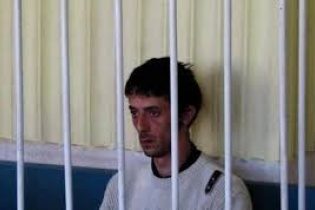 The lawyer said, when unable to release his son Cemil

Feigin does not exclude the possibility of obstacles in the process of Hayser Dzhemilev’s release.

Russian lawyer mark Feigin confirmed the information about the upcoming release of the son of the leader of the Crimean Tatar people Mustafa Cemil – Hayser.

“Hayser Dzhemilev will be freed this coming Friday, as his sentence ends,” he said in comments to the Crimea.Realities.

In turn, Feygin does not exclude the possibility of obstacles in the process of Hayser Dzhemilev’s release.

See also: Cemil got to the final three candidates for the Sakharov prize

“Obstacles can always arise, no one is immune. As for the place of his stay after his release, now this question (as it was set administrative supervision – Ed.) is solved “, – the lawyer added.