Ukrainian journalist Sushchenko can extend the arrest in Russia – lawyer 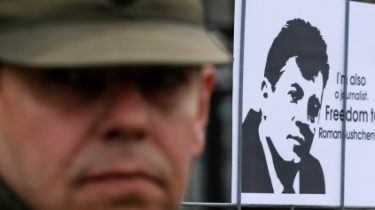 Ukrainian journalist Sushchenko can extend the arrest in Russia – lawyer

According to Feigin, his client is going to prolong the arrest until the spring.

The investigation of the Russian Federation on the case of illegally detained in Moscow, Ukrainian journalist Roman Sushchenko on Tuesday will be served in the court documents for the extension of his arrest.

This was stated by the Ukrainian lawyer mark Feigin, writes “UKRINFORM”.

“The investigator Krekov said that tomorrow morning (22 November – approx.ed.) documents will be filed in the court on extension of arrest of Roman Sushchenko. I can assume that they will be asked to extend the arrest for four months,” he said.

According to Feigin, now I do not know the date of the court hearing for this reason.

“If the meeting will take place this week, I’ll be on it. If in the following, when I planned an important trip in the case Sushchenko (up to 28 November – Kyiv 29 November – Paris – approx. ed.), I will help my fellow runners lawyer or attorney is exemplary,” added the lawyer.

We will note, earlier Feigin said, who can convert his client Roman Sushchenko.

Previously it was reported that the journalist Roman Sushchenko can exchange for a detainee recently in Exactly the agent of the main intelligence Directorate of the General staff of the armed forces of the Russian Federation.