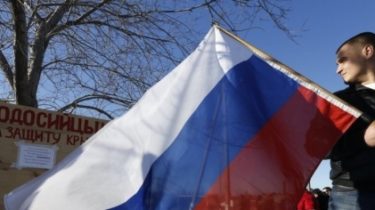 SBU allegedly used dummies to lure the “Russian soldiers” at checkpoint in Crimea.

According to the source, employees of Ukrainian special services through nominees allegedly lured the Maxim Odintsov ensign and the younger Sergeant-contract employee Alexander Baranov to send the certified documents confirming higher education in Ukrainian universities.

See also: Detention “Ukrainian saboteurs” in the Crimea: the police filed a case for kidnapping

“Immediately after Maxim Odintsov and Alexander Baranov the Russian Federation, the military personnel were detained by representatives of the security service and taken to the Nikolaev area of Ukraine”, – said the Agency interlocutor.

Recall, November 20, the defense Ministry accused Ukraine in the kidnapping of Russian troops. However, in the SBU assured that we are talking about two former Ukrainian military, who changed the oath.