Year without Russian gas. “Naftogaz of Ukraine” announced the price of blue fuel from Europe 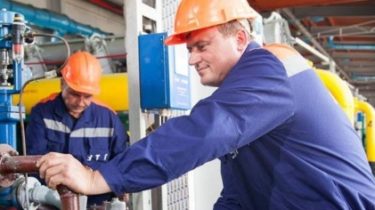 Year without Russian gas. “Naftogaz of Ukraine” announced the price of blue fuel from Europe

During the year the price of imported from all areas of gas fell by $ 34.

Ukraine already a year buys gas in Russia – because of the high prices, lawsuits and political issues. The last time Russian natural gas bought in November 2015. The Russian gas through the territory of Ukraine transporterowych only transit to Europe.

See also: “Naftogaz” against “Gazprom”. The Stockholm arbitration court will consider the case for billions of dollars

“It should be noted that for almost a year among the suppliers of Naftogaz, not Gazprom. This is caused by the failure of the Russian monopoly from the signing of the additional agreement, which, in particular, provides that the paid money is used to pay for new gas supplies and only through Ukrainian-controlled entry points. Additional agreement supersedes the principle of take-or-pay (“take-or-pay”) on the maturity date and establishes a flexible schedule applications and payment of gas,” – explained in “Naftogaz”.

At the same time, the cost of gas from Europe to Ukraine is gradually getting cheaper. Over the past year, the price fell to $ 37 up to $ 187 per thousand cubic meters in the third quarter of 2016. In General, the cost of imported gas from all directions (including from Russia at the end of last year) over the last year fell to $ 34 up to $ 194.

See also: Volume of Russian gas transit through Ukraine to Europe rose by a fifth of

Note that from 1 December, Naftogaz will sell gas to industrial consumers at 7780 UAH per thousand cubic meters. The tariff for the population on may 1 of this year is 6,879 UAH per cubic meter.