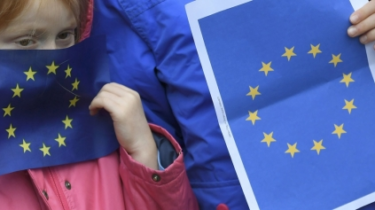 Poroshenko will also speak at the business forum.

Part of the summit Ukraine – EU, which should decide the fate of granting Ukrainians visa-free regime, will be held in a tete-a-tete.

This was stated by Deputy head of the presidential administration of Ukraine Konstantin Eliseev.

“It is important that almost half of the summit will be held tete-a-tete, that is, we four presidents will speak openly eye-to-eye. Four presidents – the President of Ukraine Petro Poroshenko, European Council President Donald Tusk, European Commission President Jean-Claude Juncker, European Parliament President Martin Schulz, who will come to this summit in Strasbourg”, – quotes his words UNIAN.

See also: the start Date of a visa-free regime at the summit in Brussels will not declare up

Elisha added that the second half of the summit will be held in the format of meetings of official delegations.

“The summit will be a small business forum, during which will be made by the President Poroshenko to attend EU Commissioner on trade Cecilia Malmstrom, and we will present some investment projects”, – said the representative of the AP.

As previously reported, at the summit Ukraine – EU which will take place on 24 November in Brussels, will discuss the liberalization of the visa regime with Ukraine and the implementation of the Minsk agreements.

On 18 November, during a telephone conversation with Petro Poroshenko, the President of the European Council Donald Tusk expressed hopethat the countries – members of EU will soon agree on a mechanism to suspend visa-free regimes that will pave the way for the final abolition of visas for Ukrainians.