Levochkin be in jail, not in Parliament. 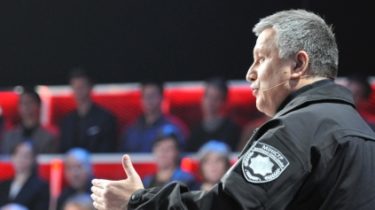 Levochkin be in jail, not in Parliament.

The interior Minister called the people’s Deputy, the author of the dispersal of the Euromaidan.

The Minister of internal Affairs Arsen Avakov called the people’s Deputy from “Oppositional block” the author of the dispersal of the Euromaidan. The head of the interior Ministry, said during the opening of a new service centre in Luhansk region.

“Because Mr. Levochkin be in jail, not in Parliament, because he is the author of dispersal of the Maidan,” – said the head of Ministry of internal Affairs of Ukraine, transfers “112 Ukraine”.

Note that in the past year, the SBU asked the Prosecutor General’s office forced to bring Levochkina for questioning as a witness in a murder case ex-“regional” Oleg Kalashnikov.

Accusations of involvement in the dispersal of activists on the Maidan to the Levochkin previously heard from the President of the fugitive Viktor Yanukovych and another suspect in the case – former head of capital militia Valery Koryak.