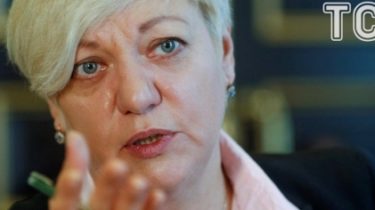 Financial institutions through the courts overturned the decision of the NBU on insolvency.

The courts resumed operations of banks “the Union” and “Veles”, which informed the national Bank declared insolvent due to illegal activities.

On this day, November 24, during a meeting of the Board of the national Bank said the Chairman of the NBU Valery Gontareva. She complained about the corruption in judicial system in Ukraine.

Also read: Gontareva accused Tymoshenko of lying to the Ukrainians and warned of the consequences of populism

“Promoting banking sector reform and economic recovery is hindered by the lack of progress in other reforms. In the first place – the judicial system. For us as no surprise the desire of the owners of insolvent banks using the courts to circumvent its obligations to the Bank and depositors. But this year, the courts could have truly unpleasant surprise, taking an unprecedented decision. It can be called “the zombies are coming back.” Two banks, which we have brought from the market because of the systematic laundering of funds – Bank “the Union” and Bank “Veles” – recently through the courts resumed their activities. It is significant that in the later case the decision was taken at the suit of the owner, sponsor of the party “Batkivshchyna” – Konstantin Bondarev,” – said in a speech Gontareva.

The head of the regulator said that the NBU last year prevented “Veles” withdraw abroad nearly half a billion U.S. dollars by fictitious documents.

“Such a situation prove once again that to put the economy on a path of sustainable growth is impossible without a thorough reform of law enforcement bodies and establish a fair, unbiased judicial system. We hope that the NBU Council shares our concern about these challenges for the future and will help us defeat them together”, – said Gontareva.

She also said the NBU shifted to a new monetary policy regime – inflation targeting – and his first fruits.

“In response to a change in the discount rate already react and short-term interbank rates, and interest rates on government bonds and loans and deposits of banks. This enhances the ability of the monetary policy of the NBU to influence the inflationary processes,” – she assured.

The national Bank monetary policy gradually softens and relaxes administrative restrictions in order not to harm the fragile macroeconomic stability.

Read also: Tymoshenko has called Poroshenko the “main rod” and demands investigation of the actions of Gontareva

The main challenges of non-economic nature to the NBU Gontareva called mad political populism. Also complained about structural reforms that are needed to ensure the sustainability of the economy and are getting slower and slower. In addition, Ukraine may be left without loans from the IMF and other international creditors, if not to reform, including financially, and will not fight corruption.

The full text of the speech of the Chairman of the national Bank Valeria Gontareva at a meeting of the NBU Council 24 November 2016: