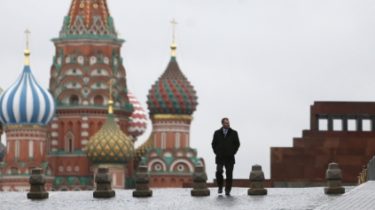 During the talks it was discussed the importance of cooperation with Moscow in the middle East.

The eldest son elected President of the USA, Donald trump, Jr. in October, met in Paris with diplomats, politicians and businessmen, in favor of cooperation with Russia for the settlement of the conflict in Syria.

According to The Wall Street Journal.

The talks, which took place on 11 October in Paris hotel “Ritz”, was organized by the Center for policy and external relations of France. The meeting was attended by a native of Syria Randa kassis, leader of one of the groups of the Syrian opposition, advocating for cooperation with Russia and dialogue with the President of Syria, Bashar al-Assad.

According to the Cassis, in the course of negotiations it has set trump, Jr. the importance of cooperation with Moscow in the middle East. “Without Russia it is impossible to find any solution to Syria,” she said. According to her, after winning the elections in the United States Donald trump the Syrian opposition there is hope for progress in the political process.

Read also: Putin is in no hurry to meet with trump

Earlier in the Kremlin said that Putin held telephone talks with the newly elected President of the United States Donald trump, during which the Russian leader once again congratulated the Republicans with the victory. Among those who discussed the relations between Russia and the United States and the settlement of the conflict in Syria.