In the election, Clinton is ahead of trump by two million votes – media 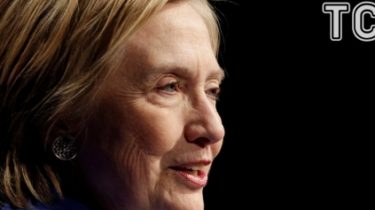 In the election, Clinton is ahead of trump by two million votes – media

But the advantage Clinton will not change the outcome of the elections.

The isolation of the candidate in US presidents from Democratic party Hillary Clinton from Republican Donald trump, who won the election, exceeded two million votes.

This is according to the online Cook Political Report, which monitors the counting of votes continued in several States.

For Clinton voted 64.2 million voters, whereas in trump — 62,2 million. In this case the gap may grow even more, because in those States where the winning candidate of the Democrats, including in California, the vote count is not completed.

But the advantage Clinton will not change the outcome of the elections. This is the fifth in the history of the United States when the winner gets less votes than the loser.

The last time this happened in 2000, when the President was Republican George W. Bush, far behind rival al Gore by half a percent. The final counting of votes then dragged on for months.

See also: trump will not pursue the Clinton e-mail scandal

Recall that the group of experts on election law and computer experts called on the staff of the former candidate in US presidents from Democratic party Hillary Clinton to seek a recount in three States. According to them, in Wisconsin, Michigan and Pennsylvania could be a cyber attack in order to manipulate the election results.

Clinton urged to demand a recount in key States

To achieve a vote recount in the presidential election in the United States, at least in the three States urge Hillary Clinton American scientists-computer scientists. According to scientists, a computer system that processed the results of the vote could have broken the hackers. Such a conclusion they did, analyzing the results of the elections in those districts that have used electronic voting.