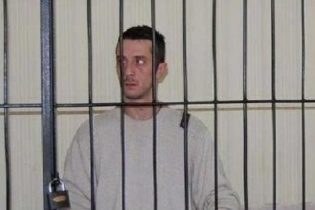 The term of punishment of Ukrainians coming to an end.

Son of people’s Deputy and one of the leaders of the Crimean Tatars Mustafa Cemil Hayser, who was convicted in Russia, should return to Ukraine. This was reported by lawyer mark Feigin.

“Hayser Dzhemilev will be freed in Ukraine”, – the lawyer wrote on his Twitter page.

Read also: Russia has recognized the Ukrainian citizenship of the son of Cemil

Hayser Cemil is released in Ukraine.

Earlier, another Ukrainian defender Nikolai Polozov, said that does not rule out a ban on Dzhemilev on leaving Russia because of the actions against him of three years of administrative supervision. In this case, it will be delivered on the territory of the Ukrainian Consulate in Russia, and he will remain there until the resolution of all problematic issues.