A fractured skull and broken teeth: in the US protein”terrorist” attacked the cyclist 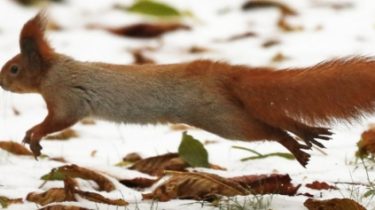 A fractured skull and broken teeth: in the US protein”terrorist” attacked the cyclist

The squirrel sent a man to the hospital.

In Chicago, the man went to the hospital with serious injuries as a result of, as a squirrel ran under the wheels of his bike.

This reports the Chicago Tribune.

A representative of one of Chicago in the municipal Council, for a bike ride in the Park. Suddenly on the road jumped out of protein and jumped on the front wheel of the Bicycle. The animal was stuck between the spokes and died, and the man flew over the handlebars and got a skull fracture, broken nose and lost several teeth.

“I can’t imagine another explanation for such behavior of proteins, except that she was a suicide bomber and attacking me,” he said.

Interestingly, he had previously issued appeals to struggle with aggressive squirrels, which gnaw through the lid of a dumpster.

We will remind that earlier in Chicago in an area called the outskirts of the Ukrainian (Ukrainian Village) passers-by saw a squirrel, which with pleasure ate pizza.

Attractive animal ate a slice of pizza while cuddling on the tree.