The court left Ephraim in custody until 22 January 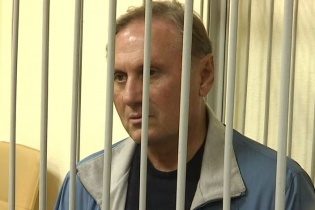 The court left Ephraim in custody until 22 January

Earlier, the court extended the term of Ephraim in custody for another 60 days.

The court extended the detention until 22 January 2017 for eks-the leader of the parliamentary faction of the Party of regions Oleksandr Yefremov, who is suspected of infringement of territorial integrity of Ukraine.

30 Jul Yefremov was detained at the airport “Borispol”, where he, according to the GPU, tried to fly to Vienna. August 1, the Pechersky district court of Kiev arrested him for 2 months without the right of bail. On September 27 the Pechersky regional court extended the term of Ephraim in custody for another 60 days, until November 24.

See also: the Trial of Ephraim: the judge and the lawyers differed in terms of the content of the former regions in custody

The former head of the party of regions faction accused of funding the so-called “LNB” encroachment on the territorial integrity of Ukraine and theft of property “Luganskugol”. The defense insisted that Efremov could not influence events in Lugansk in the spring of 2014, and the case against him was based on fabricated data.

The deadline of the arrest of Alexander Efremov

The former head of the faction “Party of regions” have accused of financing “LC” encroachment on the territorial integrity of Ukraine and theft of property “Luganskugol”. Ephraim lawyers used their right to speak in full: the day before for 9 hours and argued why the former regions have to let go and continued it today.