The fighters covered with fire KPVV “Marinka”, pass through the post suspended 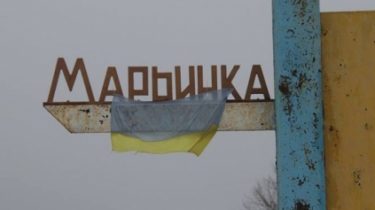 The fighters covered with fire KPVV “Marinka”, pass through the post suspended

“The fire of the Russian mercenaries opened at 11.05 with small arms in the direction of the checkpoint “Marinka”, – stated in the message.

As told by the guards, the militants fired at them from the weapon of calibre of 7,62 mm from the occupied village of Aleksandrovka.

According to preliminary data, as a result of bombardment nobody has suffered, however, the throughput of the operation KPVV “Marinka” was temporarily suspended.

We will remind, on Wednesday, November 23, checkpoint “Marinka” was also closed due to morning fire fighters. During the shelling, no one was hurt.