Threat of underground fire in center of Kiev liquidated 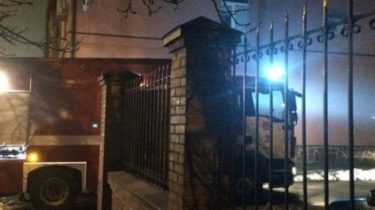 Threat of underground fire in center of Kiev liquidated

Rescuers longer waiting for permission to go down into the tunnel, than put the fire out.

The fire, which could have left without electricity floor Kiev, deep into the night extinguished in the heart of the capital. On the site of a thermal power plant fired up powerful high-voltage cable in an underground reservoir, the correspondent of TSN.

Permission to start the liquidation of the fire , firefighters waited for 2.5 hours. Only when the “Kyivenergo” all switched the voltage on the other power and de-energized wires, the firemen started to work. To do this they had to go underground. Rescuers report that the victims of the fire there. However, part of the adjoining houses has lost the light.

While talking about the causes of the fire no one can. Specialists say that the city electrical network is regularly tested and any hint of danger was not.

One of the Kiev HPP on duty firefighters, no rescue is not carried out. In the air the smell of burning rubber. Firefighters reported that the call was received at 19.00, but they still did not get the opportunity to start. In the middle of the tunnels placed the cables every 10 thousand volts.