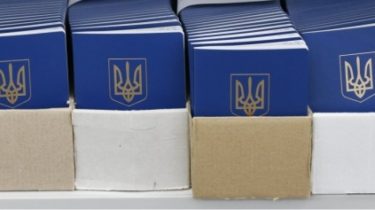 The first who joined the service, began several major lending institutions including banks.

Ukrainian Bureau of credit histories (ubki.ua) announced the launch of biometric technologies face recognition on photos that allows in real time to confirm the identity of the person. This will reduce the risk of fraud associated with identity theft of the customer in the loan application process. The solution is provided to partners through the website and via the API.

“The ideology of service lies in fighting with credit fraud and protecting the customer from abuse to his personal funds. Modern technologies allow to process images of the order of 20 million persons, contained in the UBKI database, covering all active population of the country, – said the Director of UBKI Bogdan Wheat. Today the trend when scammers choose certain financial institutions for fraud attacks. Because of development of technologies in the Bureau, it is likely that they will move only in those credit organizations, which do not work with face recognition system”.

The first who joined the service, began several major lending institutions including banks. “Idea Bank”, which is among the first to use biometric service UBKI, also notes the effectiveness of this service. Because it allows you to prevent fraud at the stage of approval of the loan – at the failure of the customer photos in other banks.

The company “SS lawn”, which specializes in quick loan online using the service was able not only to identify fraud risks in the applications, but also to correct the erroneous result of the decision-making system.

Thus the service allows us to combat the fraud and to prevent errors related to human factor in decision-making process for loans.