Son Jemilev was released from the Astrakhan colony lawyer 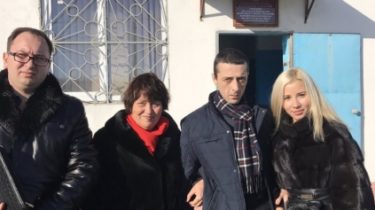 Son Jemilev was released from the Astrakhan colony lawyer

This was in the social network said Nikolai Polozov.

This was announced by Russian lawyer Nikolai Polozov in the Twitter.

He also attached a photograph of Heiser and his relatives at the entrance near the Astrakhan colony №10.