The meeting of OPEC to limit oil production fell media 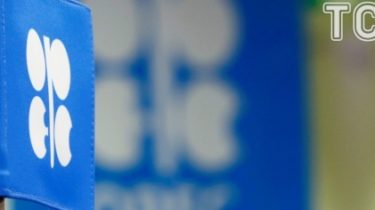 The meeting of OPEC to limit oil production fell media

Saudi Arabia refused to participate in the event.

The meeting of OPEC countries that are not part of the organization, to discuss measures to limit oil production was cancelled. Saudi Arabia refused to participate in it.

The event was held on Monday, 28 November, reports Bloomberg with reference to sources in the oil cartel.

The meeting was part of Russia. It is noted that instead, it was assigned a new internal meeting of representatives of the countries of the cartel.

During the meeting the sides plan to discuss the question of would Iraq and Iran to reduce oil production, which requires them to Saudi Arabia.

Moreover, Saudi Arabia wants to meet with countries that are not members of OPEC, only once in the organization will be solved internal contradictions.

We will remind, in October the first meeting of representatives of the Organization of countries-exporters of oil with the delegations of other oil-producing countries to discuss possible production cuts, ended without concrete agreements.

Consent to the decline in production was not. It was also reported that the participants did not expect the rise in oil prices in late 2016 and in 2017.