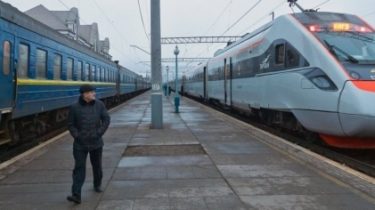 The European investment Bank will allocate “Ukrzaliznytsya” 150 million Euro loan. This money will modernize 250 miles of track in the southern regions of Ukraine.

The decision on a loan, the EIB adopted on 23 November, write “Ukrainian news”.

The cost of the project of full modernization will be twice that will provide the EIB, to 314 million euros. Another part of the money for the electrification of the railway direction Dolynska-Mykolaiv-Kolosivka will provide the European Bank of reconstruction and development.

In addition, Ukrzaliznytsia plans to spend about 1 billion hryvnia for the purchase of thousands of freight wagons for General purposes.

Earlier it was reported that Ukraine will receive 200 million Euro loan for the upgrade of public transport to 20 cities.