By Marinka and Novotroitsk was shooting a sniper. Digest ATO 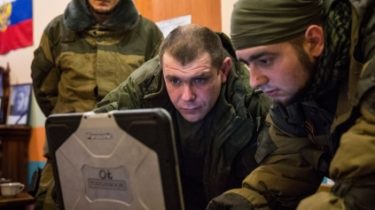 By Marinka and Novotroitsk was shooting a sniper. Digest ATO

Only occurred on 22 attacks.

Night in the area ATO passed quietly, but on the morning of the Russian-occupation troops began shelling the Town with mortars of caliber of 120 and 82 mm and grenade launchers. Later, again on Donetsk the direction, from grenade launchers of various systems of Experienced and fired the Stove.

On Lugansk the direction from mortars were fired Crimean, the beam Asarnow and Novozvanovka. In the direction of Mariupol mortars fired at Shyrokyne, Krasnogorovka of BMP – Novogrigorovka, Water and Talakovka and rocket-propelled grenades – Novotroitsk. By Marinka and Novotroitsk fire kept the sniper.

See photo: In Kiev, the SBU exposed the businessmen who financed the militants “DNR”

We will remind, on November 27, militants of 37 times fired at positions of the Ukrainian military. In the area of breeding troops in the Luhansk region was fired from grenade launchers.

The youngest “cyborg” Donetsk airport was posthumously awarded the order

The name of the soldier was called out, his stuff is in museums and in monuments. Sergei Tabal – the Hero of Ukraine is now officially. The decree of the President is already there, the family awaits the delivery of the order “gold star”. But two years after his death, he never recognized participant in the fighting, and his family still has not received financial support from the state.