Questioning Yanukovych and terrible massacre in the United States. Five things you might oversleep 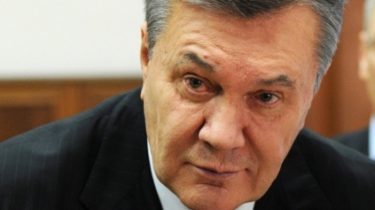 Questioning Yanukovych and terrible massacre in the United States. Five things you might oversleep

1. Stripped of the title of President of Ukraine Viktor Yanukovych during his interrogation in the video lied about that not talked on the phone the day of the shootings on the Maidan the leader of “the Ukrainian choice” Viktor Medvedchuk. This lie calls into question all of his testimony, said in a broadcast on Ukrainian television, the Prosecutor of GPU Alexey Donskoy. Read more→

2. In Columbus, the security forces announced the name of the young man of Somali origin, who with a knife attacked students of the Ohio state University. It turned out to Abdul Razak Ali Artan. In social networks he complained about the attacks on Muslims. Investigators are examining his correspondence, to determine the motives of the crime. They do not exclude that the crime can be an act of terrorism. Read more→

3. Cubans EN masse farewell to Fidel Castro in the memorial in Havana lined up thousands of people. In deference to the leader who led the country for nearly half a century, closed schools and government offices. 90-year-old Fidel Castro died 25 November, the dead body immediately burned. Read more→

4. In Kiev apartments on Lesi Ukrainki street was found hanged man and the mummified corpse of his mother, who allegedly went to the family about five years ago. Law enforcement officers went to the apartment because of the conversion of the locals to the utility, which serves the house, the flooding of the premises on the lower floors. Neighbors also reported that their calls nobody opens the door. Read more→

5. In Michigan officially announced Republican Donald trump’s the winner of voting on elections of the President of the United States in this state. Election Commission of Michigan said that trump scored 10 704 votes more than the Democratic candidate Hillary Clinton. Accordingly, the Republican received 16 electoral votes, and overall scored 302 electoral votes against 232 in Clinton. Read more→