Russia is disappointed by the canadian sanctions and threatening “reciprocity” 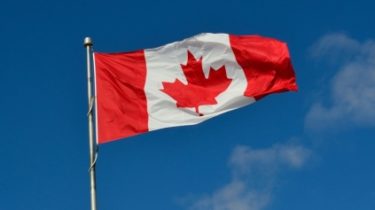 Russia is disappointed by the canadian sanctions and threatening “reciprocity”

Canada imposed sanctions against 15 more people from the occupied Crimea.

The Russian Embassy in Canada has expressed disappointment over the imposition of new sanctions by Canada and promised to respond “on the basis of reciprocity”.

This was written by the press Secretary of the Embassy in his Twitter.

“We Express our extreme disappointment with the decision by the canadian authorities once again to expand the list of sanctions of Russian officials and parliamentarians”, – noted in the Embassy of the Russian Federation.

The statement said that, in this “negative and irrational way, the canadian side is painting itself into a vicious circle of confrontation with Russia.”

“This will undoubtedly have a negative impact on the whole complex of Russian-canadian relations, which have recently just started to improve. The Russian side will consider this an unfriendly act and would respond on a reciprocal basis,” – said the Embassy of the Russian Federation.

A statement by the press Secretary of the Russian Embassy in Canada. #Sanctions #Canada #Russia pic.twitter.com/Hj2MD2MrOn

See also: Bezviz for Ukrainians and the extension of sanctions against Russia. What Poroshenko spoke with Merkel

We will remind, the government of Canada as part of the policy of pressure on Russia because of the situation in Ukraine has imposed sanctions against 15 people, including six “deputies of the state Duma” from the Crimea. This was reported on the website of the canadian Ministry of foreign Affairs. Also there are additions to the sanctions list.