The NBU voiced inflation forecasts after doubling the minimum wage 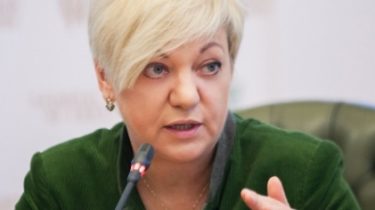 The NBU voiced inflation forecasts after doubling the minimum wage

January 1, 2017, the minimum wage in Ukraine should increase twice – up to 3,2 thousand UAH. However, after taxes and fees the “net” will receive 2.5 thousand UAH. The increase must be approved by Parliament, by adopting the draft state budget for next year. Meanwhile, the national Bank conducted an analysis and claim that the increase of the minimal salary will not affect the previously projected rate of inflation.

Deputy Chairman of the NBU Dmitry Sologub noted that in 2017 the average nominal wage will increase by approximately 23%.

“Particularly high rates of average wages rise for lower-paid workers. As a consequence, increase their consumption, mainly of food products. The effect on the balance of payments and, consequently, on the foreign exchange market will be minimal because the additional income will be allocated mainly for goods of domestic production. Thus, summed up Dmitry Sologub, the impact of this initiative on the inflation rate in 2017 will be restrained and will not lead to inflation going outside the target (8% plus/minus 2 p. p.)”, – stated in the message of the national Bank.

“After crisis of 2014 and 2015, in 2016, we have managed the tools of monetary policy to reduce inflation. At the end of 2016 it will reach our target of 12%. While alternatives to inflation targeting does not exist, because in our conditions this monetary regime produces the desired results,” – said the head of the NBU Valery Gontareva.

We will remind, the government has forecast that inflation by the end of 2016 will be higher and will amount to 14.1%.