For the past day in Luhansk, one soldier got a concussion, and another two were injured 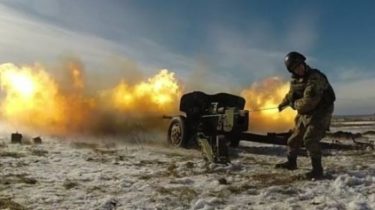 For the past day in Luhansk, one soldier got a concussion, and another two were injured

For the last day in the Luhansk region in the shelling had wounded two soldiers, and one soldier got a concussion.

This is with reference to the Deputy Chairman of the Lugansk regional ACV Yuri Klimenko reported in a press-Department service.

“Two of our defenders got mine-explosive wounds, and one soldier wounded,” said he.

According to Klimenko, it happened as a result of shelling of positions of ATO forces near the villages of Novozvanovka and novooleksandrivka village.

In addition, the Deputy Chairman of the regional ACV told that in the direction of the village Crimean the Novoaydarsky area had twice opened fire from 120-mm and 82-mm mortars, at the positions near the village Stanitsa Lugansk Russian-terrorist troops twice fired automatic and anti-tank grenade launchers, heavy machine guns and small arms.

We will remind, earlier military under Mariupol Russian DRG met fire from machine guns and grenade launchers. Enemy eliminated or drove back in the dark to see plainly was not possible.