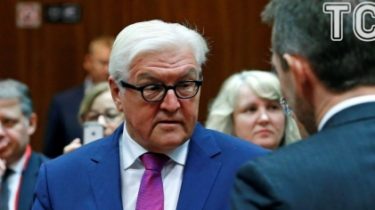 According to him, the talks in Minsk were difficult.

The settlement of the conflict in the East of Ukraine is still far from complete.

Steinmeier stated that the talks were difficult, but Germany and France will continue to pursue the implementation of the Minsk agreements.

While Steinmeier after the talks expressed optimism about the fact that Ukraine and Russia can start the withdrawal of troops from four other areas.

We will remind, the Minister of foreign Affairs of Ukraine Pavlo Klimkin, Russia continues to create on Donbass ecological disaster. At the meeting in Minsk, Belarus drew the attention of Russia, and French and German friends that the Ukrainian side for 6 days, couldn’t access the water in Trecce for repair. Klimkin also presented another evidence of Russian aggression in Eastern Ukraine.