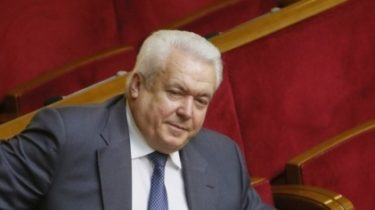 The fugitive appealed to the Russian court.

Dorogomilovsky district court of Moscow satisfied the claim of ex-Deputy of the Verkhovna Rada Volodymyr Oliynyk, who asked to recognize the events in Ukraine in 2014 coup.

“This fact was confirmed by the evidence presented in the case”, – quotes TASS the quote of the judge.

See also: the Insanity of tyranny. Turchynov sharply commented the Moscow court of “coup” in Ukraine

Recall, December 15, in the Dorogomilovsky district court of Moscow started the process for the recognition of events in Ukraine 2014 coup. A lawsuit was filed by a former Deputy of the Verkhovna Rada from “Party of regions” Vladimir Oleynik. The decision of the Prosecutor General of Ukraine on refusal to initiate the corresponding criminal case he called “evidence of the usurpation of power.”