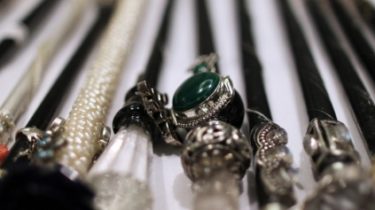 The woman tied the leash to his genitals.

In his outspoken book, 29-year-old Jenny, also known under the pseudonym of Mistress Scarlett, described as a drove on a leash “extremely beautiful celebrity”. According to her, she didn’t expect to see in your sexual dungeon of the client.

“I could very easily call his name right now, but the book is not that. Between you and your client is the relationship and trust on both sides. The aim of this book to expose anyone, but to give people a glimpse into the private world,” she wrote.

See also: Famous pornographic actress spoke about the changes in the industry and his life after his career

According to the woman, the word “dungeon” people imagine the dark place under the earth with chains. However, this is actually friendly and normal place.

Jenny quickly from the role of “submissive” has become the one that dominates. After school, as needed to bind and “punish” customers, she became a vamp, wearing latex costumes and corsets, and her client list grew.

The woman was amazed to see a Hollywood star in his dungeon. All she said about it, it’s just that he’s very famous and he has a genital piercing.