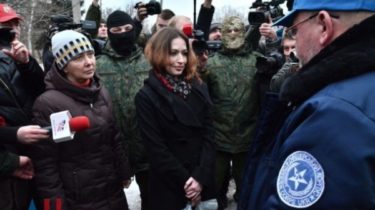 According to the militants, the transfer took place in the occupied territory between Donetsk and Makeyevka, reports InfoResist.

To freedom was released, Angelica Presnyakov and Olga, Svorak.

Ruban said that the transfer “will promote acceleration of process of exchange of prisoners in the Donbas.”

Earlier it was reported that the militants were going to the Christmas holidays to bring two prisoners to the people’s Deputy Hope Savchenko.